Wind farmers face a colossal quandary that is only growing with the size of turbine blades, some that are now almost the length of a football field.

Turbine blades have a maximum life span of 25 years, according to Russell Gentry, director of Georgia Institute of Technology’s Master of Science program in architecture and principal investigator of Project Re-Wind, an American-Irish-Northern Irish partnership seeking to bring new life to retired blades.

Today, thousands of blades are being decommissioned after an eight or 15-year career as engineers are discovering that longer blades boost airflow and air resistance.

The fiber-reinforced polymer used in the massive blades — many reaching almost 165 feet long — is expensive, nonbiodegradable and, so far, not recyclable.

“Unfortunately, they’re leaving a lot of wind blade turbines out there with no additional use,” said Vikash Patel, one of the founders of Greenville-based supply chain management firm, Logisticus Group.

Often, it costs wind farmers $300 to $500 a ton just to dispose of the blades in a landfill even at their present size, Gentry said.

“The upkeep and maintenance of wind energy assets is a huge issue because these turbines go into service for 25-plus years and no big machine runs forever,” he said.

And that doesn’t even include the expenses incurred from transporting and grinding up the decommissioned blades — which is where Logisticus steps in to serve wind farms across the country. The company has been searching for a way to make this process more cost-effective and sustainable for clients.

“Already, we’ve seen a certain percentage of them shift from a landfill to renewable sources, and right now the major solution that’s kind of on the docket is using them in cement, so there’s a large portion of the blades that are now moving down that path,” Patel told GSA Business Report.

He estimated that in 2020, 90% of all blades were trucked to the landfill. The new year has brought that percentage down to 25%.

Most of these solutions are what industry professionals call “down grading.” The blades might be ground up or melted down to be used as filler in a concrete countertop or as kiln fuel. And those options aren’t cheap either.

So when the Logisticus team met Georgia Tech’s segment of the Re-Wind team at an industry conference a year and a half ago, they became fast-friends.

Re-Wind needed blades for its research in “upscaling” the polymer components into infrastructural products, ranging from soil stabilizers to light poles to pedestrian bridges. The group also needed supply chain experts able to hash out the costs and logistics of shipping these titanic parcels to-and-fro across the country when Re-Wind’s two pending patents hit the commercial market.

“We’ve been in the industry for 15 years,” Patel said. “We pride ourselves in trying to be involved with the newest technologies and the newer solutions. And so that when this problem arose, we really took it as an internal challenge to see how we could really help the industry, but also at the same time, give ourselves a solution in the market that would keep us relevant for future years to come.”

The link was solidified with a three-year U.S. National Science Foundation Partnerships for Innovation grant awarded to Georgia Tech and Logisticus announced last November, adding to financial backing from the Science Foundation of Ireland and the Department for the Economy of Northern Ireland, which supports Re-Wind research at University College Cork and Queen’s University Belfast. The City University of New York faculty and students also contributed to the project.

“Ireland is a great testbed for our research because they have a lot larger kind of commitment to wind energy,” Gentry said, given the island’s limits on energy resources like timber or coal.

The Re-Wind teams in Cork and Belfast are spearheading an initiative to use the blades as the weight-bearing component in 20- to 60-foot long pedestrian bridges, especially for use in the island’s rails-to-trails greenways, much like Greenville’s Swamp Rabbit Trail. Hundreds of bridges will be needed for those projects over the next 10 years, he said.

Georgia Tech is backing Irish colleagues on the bridge program with engineering work, but research and development on this side of the pond tends to favor the vertical: “blade poles” used to hold electrical powers lines, cell phone equipment or signs.

Gentry and Re-Wind co-founder Larry Bank have worked in the infrastructure composite field for 25 years, primarily researching the composite materials used for the aerospace industry but also for concrete reinforcement, structural elements in bridges or buildings or materials in golf clubs or bike frames.

Composites similar to the fiber-reinforced polymers used to make turbine blades that, transport costs aside, would be relatively cost-free for a manufacturer to procure from a wind farm after they retire. In fact, wind farmers would pay the manufacturers a part of the decommissioning cost for the blade.

“Of course, these materials are bespoke, they’re expensive, but they’re extremely high performance,” Gentry said. “So we can’t really build entire buildings or bridges out of them, but in certain conditions, especially highly corrosive environments, they’re really quite effective structural products just for everyday buildings and bridges.”

The Georgia Tech team is expecting a shipment of components from 10 GE 37-meter blades from Logisticus within a month or so, which will be used by faculty, lab staff and architecture and engineering students for structural, finite element and life-cycle analysis, as well as in full-scale prototypes tested in the school’s Digital Fabrication Library. Researchers have also developed a proprietary algorithm for a tool called the “blade machine,” according to a news release.

Within a year, Gentry hopes to be able to show off his team’s work to Logisticus and other partners — including future investors — through a full-scale demonstration of a blade bridge and blade pole.

“That will capture people’s imagination. If people can walk on it. People can see it in use,” he said. “Demonstrating the commercial viability of products from reused materials is a real challenge.”

Still, the project already has hooked its first client, an independent power provider in the Midwest. Students have voiced interest in startup plans for commercialization. Fans have flooded voicemail boxes with ideas for the blades like those used in playgrounds in Holland or bus stops.

And even after six years on the project, the scale of the blades and how they can be used still captures Gentry’s imagination too, he said.

“I’m a professor in architecture and civil engineering. So, one side of what we do is about creating possibility, and the other side is about [the] pragmatic: does the material meet the requirements? I’d say the joy is in trying to combine both.”

This story originally appeared in the Feb. 8 edition of GSA Business Report. 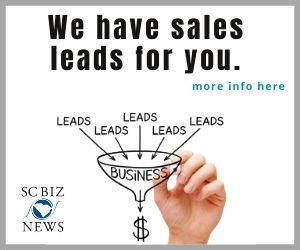 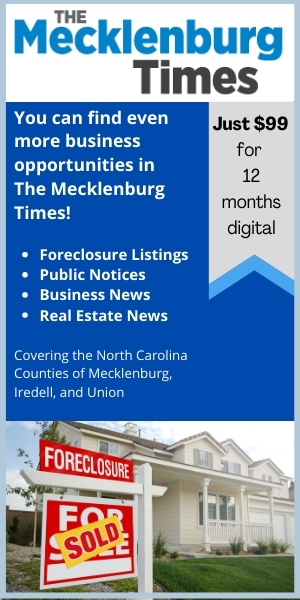 We use cookies on our website to give you the most relevant experience by remembering your preferences and repeat visits. By clicking “Accept”, you consent to the use of ALL the cookies. However you may visit Cookie Settings to provide a controlled consent.
Cookie settingsACCEPT
Manage consent

Performance cookies are used to understand and analyze the key performance indexes of the website which helps in delivering a better user experience for the visitors.

Analytical cookies are used to understand how visitors interact with the website. These cookies help provide information on metrics the number of visitors, bounce rate, traffic source, etc.

Advertisement cookies are used to provide visitors with relevant ads and marketing campaigns. These cookies track visitors across websites and collect information to provide customized ads.

Other uncategorized cookies are those that are being analyzed and have not been classified into a category as yet.

Save & Accept
Go to Top